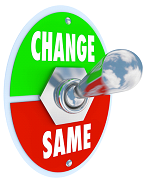 This is true in both our work and personal lives e.g. some of us may have been drug takers back in 2010 indeed; we may have been among those providing a positive drug test! Fair to say, much has happened during the last 5 years and perhaps we now see things quite differently. Some of us will have completely changed our minds on drugs and our lifestyles accordingly!

Significant Changes since the 2009 Survey

The Central North Island Random Testing Programme (CNIRTP) Steering Committee, which serves to inform the PF Olsen Central Safety Committee, is aware of the many changes and updates that have taken place in the drug-testing scene. It considers a new 'alcohol and other drugs Survey' would be appropriate given that:

View this article in Safety Bulletin 97