Putting in the Steel! 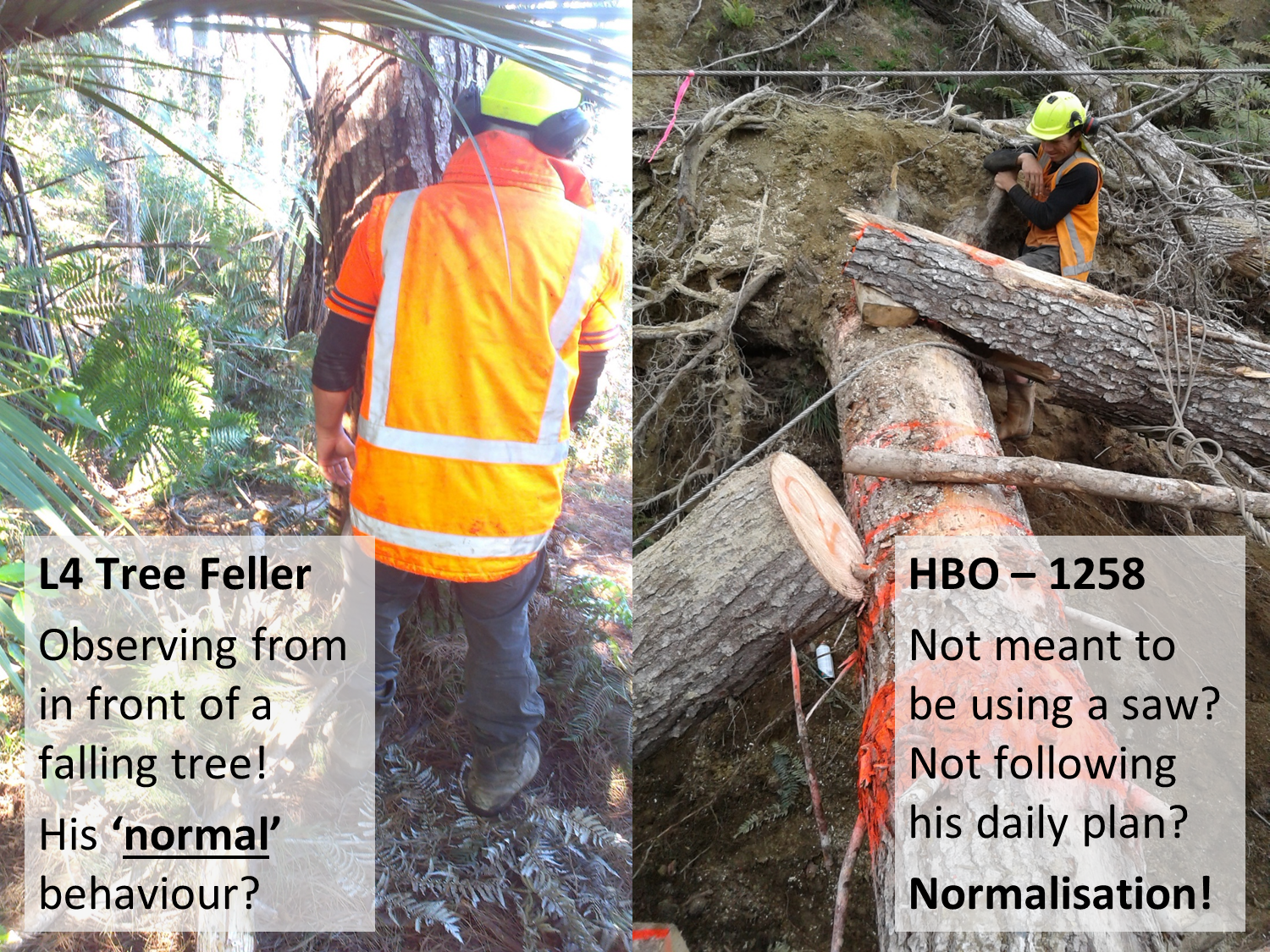 Putting in the Steel!

These images show reconstructions of actual incidents. The L4 tree feller was hit by a part of a falling tree and hospitalised with fractures and internal injuries. The head breaker-out (HBO) was pinned by the log he was cutting, however, fortunately not seriously hurt.

Both men, highly qualified, were acting outside the bounds of their respective work-plan either breaking rules or ignoring the instructions that had been given. The L4 tree feller, the felling observer at the time, was actually standing in front of the tree under felling and in the line of fire! The HBO was using a chainsaw when he had been told not to. The area was very steep, the footing difficult and the trees were large and wind thrown.

The questions are: (1) had their behaviours become normal? (2) Who was checking to confirm the standards required by the business? Moreover, (3) will these examples motivate us, especially managers and supervisors, to work on it and not work in it?

View this article in Safety Bulletin 104