Struck by a branch 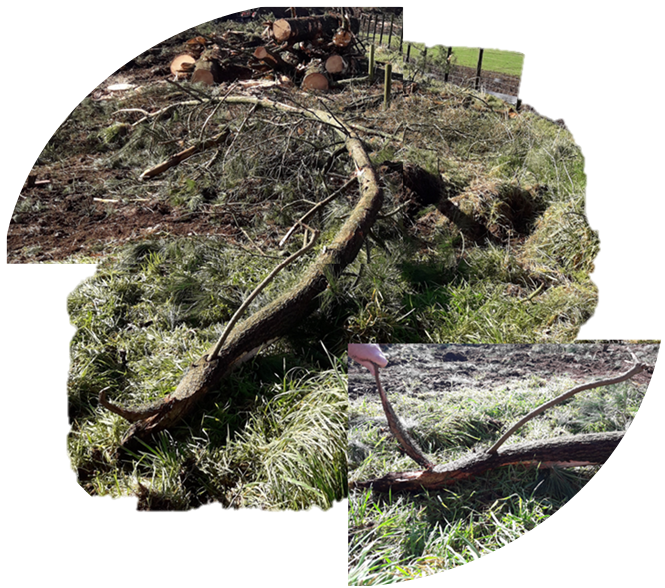 A tree feller working a long a fence line was preparing the felling cuts in a large edge tree in readiness for machine assistance.

As he placed the top cut into the scarf, he heard a crack and a large branch (pictured) fell to the ground. It then rolled back and struck him in the back. The branch rolling restricted his ability to move away and he twisted awkwardly.

Thinking the worst, the crew initiated a full emergency evacuation and the feller was taken to hospital by ambulance.

What happened following the check-up?

Fortunately, his injuries were not severe - some bruising and a twisted ankle. However, the investigation team, on site first thing the next morning, noted that the tree feller was not present, he was at home with no rehabilitation plan in place!

While the contractor's HS system had a good procedure to follow, being inexperienced with injury management, the RTW procedure had not been applied. Talking through the procedure and realising that alternative duties were both available and possible the Contractor decided to visit the tree feller at his home. Together they completed the RTW plan and the tree feller was able to restart on alternative duties that afternoon.

The rehabilitation plan commenced with a revision of training material for a unit standard (the feller was about to sit), moved to log QC and was followed by a full return to felling.

View this article in Safety Bulletin 120