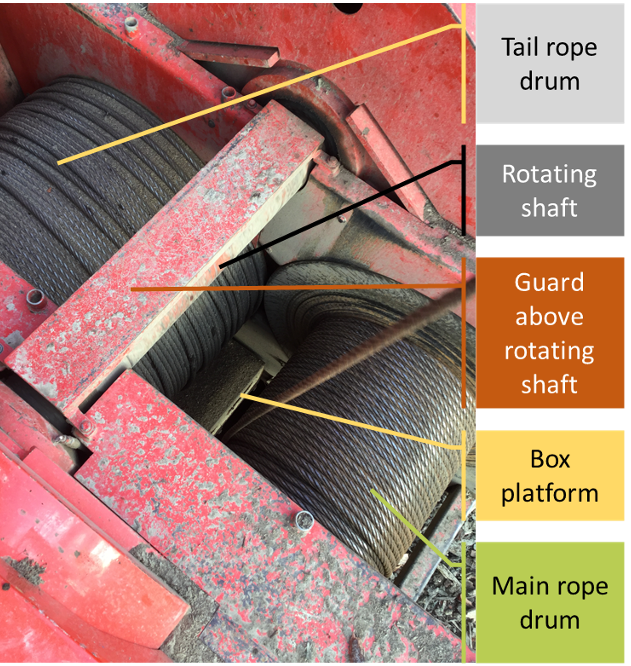 A worker was standing between the tail and main rope drums on what is described as a box platform. He was assisting as the hauler was winding on a new tail rope and leaned back onto the guarding, which was positioned over a rotating shaft.

In this position his Hi-Viz vest entered the gap between the shaft and the guard and winding around the shaft pulled him in toward it. Fortunately, he was able to signal the hauler operator who put the machine into neutral, then in reverse to release the vest and prevent serious harm!

Learning from this Incident

Three very experienced hauler contractors reviewed this incident and each concluded that the worker concerned should never have been standing on the platform between the drums. However, workers at the site considered this to be a safe position to the point where they had discussed removing the guard when standing on the box platform!

Some key points of learning from this incident are as follows: